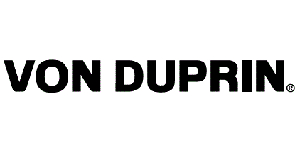 Over the years, Von Duprin has been an innovator in many new concepts to the industry. These include the latch track threshold, drop forged center case, concealed vertical rod device, reversible exit device, narrow stile device, extruded aluminum mullion and wood door concealed device, all designed to meet the needs of architects and building owners.

The most innovative change took place in 1972, when the company introduced the first pushpad exit device, the series 33. One benefit of the new pushpad design was its ability to be electrified. Shortly after the 33 Series was introduced, the EL electric latch retraction version exit device was developed. Within the next few years, Von Duprin introduced the wide-stile pushpad 99 Series, which has become the most popular and versatile exit device on the market.